“Time as a notion that goes beyond a unit of measure, plays a significant role in Lyle’s practice. It is as much a muse, as it is an ally as it is the protagonist. Take for instance ‘Kala’, (meaning time or an epoch, in Sanskrit) which was performed in 2011, at Watermill Center’s Knee Building, NY. The performance consisted of three hours of clock-wise climbing within a steel wheel sculpture suspended against a 48’ high wall. Lyle’s ‘Kala’ invokes not only the Kalachakra Tradition of Vjrayana Buddism that revolves around the concept of time and cycles, but also to circadian rhythms, the flow of time and our place at the centre of it.” -Nivedita Magar 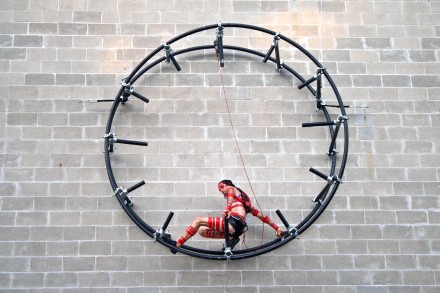 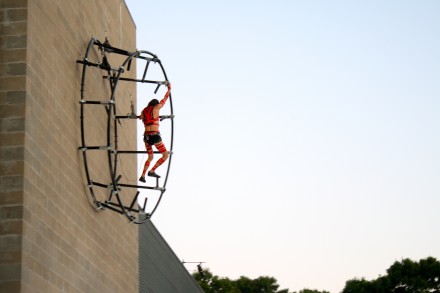 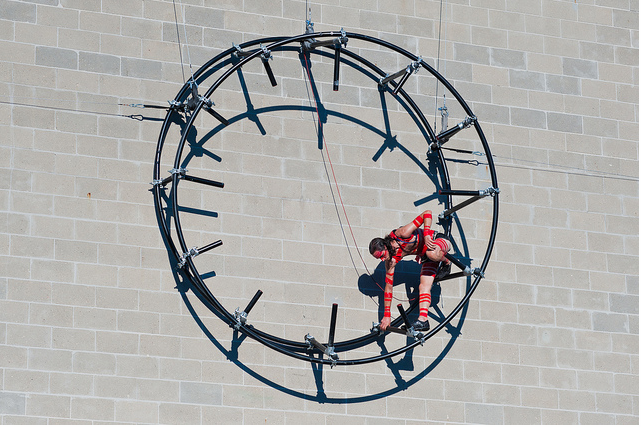 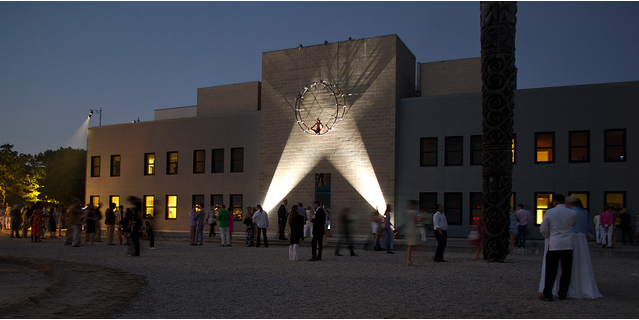 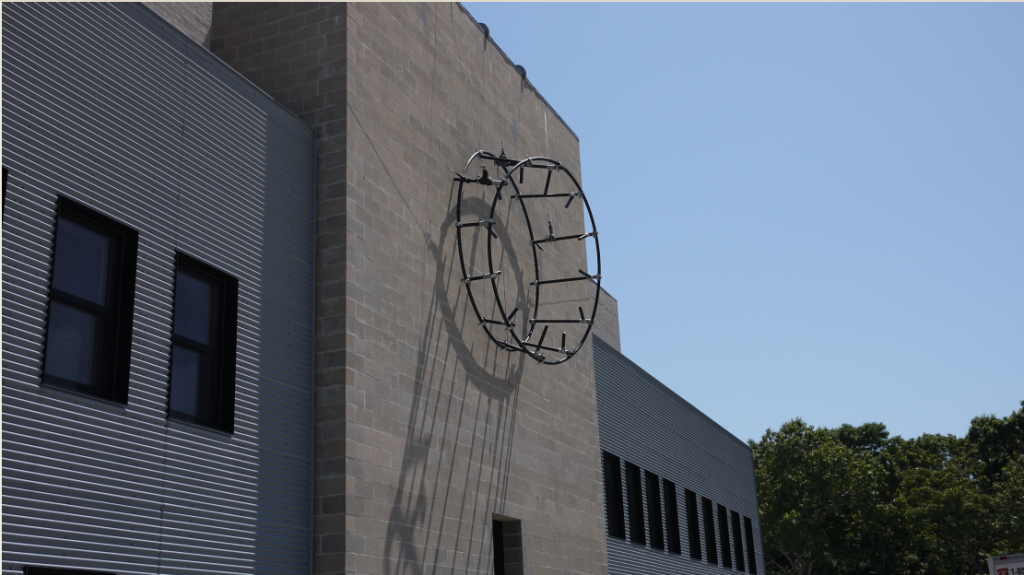 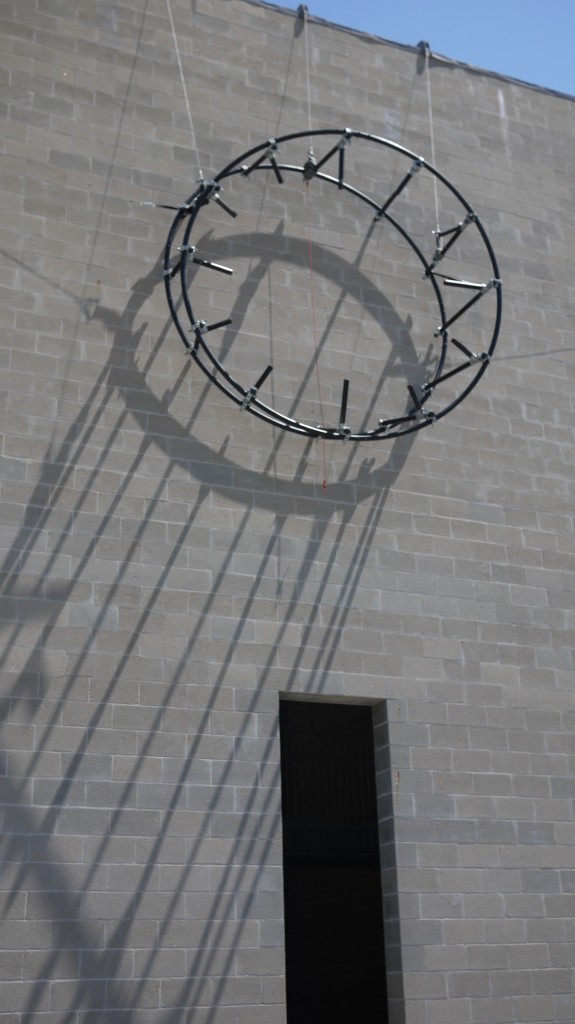 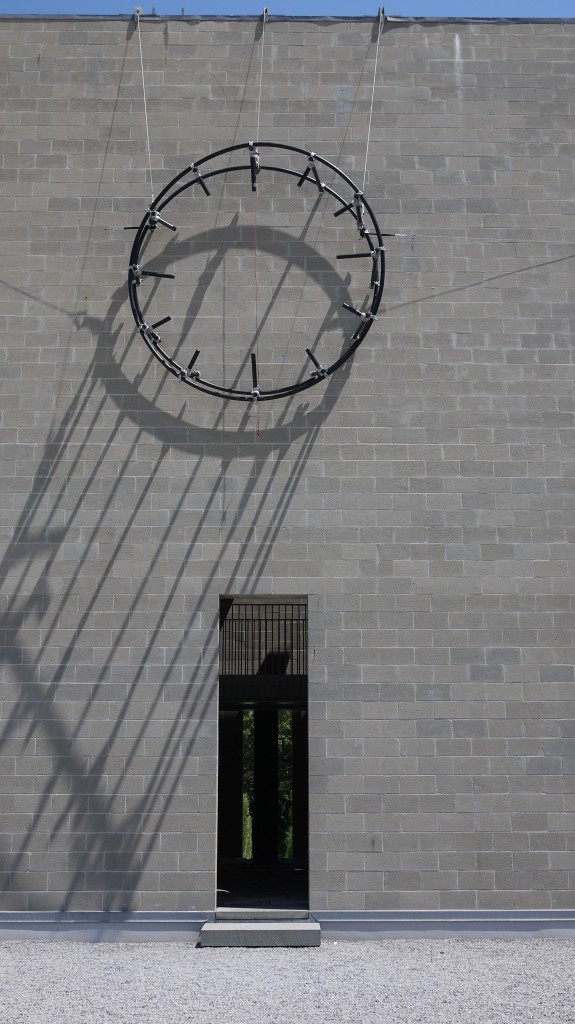 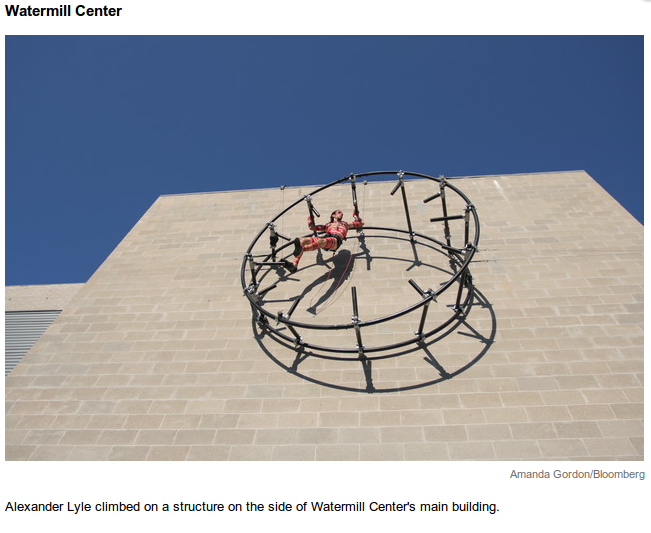